Staff has completed the bid process for a consultant to assist in developing a new FBO lease for the San Martin Airport.  At the time of the meeting, staff is waiting for insurance verification to submit a contract to procurement for authorization.  Once the contract has been signed, the consultant and staff will get to work on a new, modern FBO lease.  The terms will be for seven-years with three one-year options.  It was explained that going for a long-term lease was not in the best interest of the county or airport users until there is some certainty with the County direction as it relates to Reid-Hillview Airport (RHV).  Should the county decide to close RHV, there would need to be a great deal of investment at E16 and it is expected that the value of the leasehold would be greatly increased.  A long-term FBO lease would greatly hinder the ability of the County to make the necessary investments at E16 to accommodate the changes necessary should RHV close.

Please keep in mind this is an aggressive timeline and it is subject to shift as we work our way through this process.

During the meeting, we discussed the typical services provided by and FBO and elicited input from the attendees on what was important to them.

FBO's typically provide most of the following services

Services that were mentioned as being desirable included

Phase 2 hangars were "sold" by the previous FBO leaseholder (2 Genes Aviation) as an attempt to circumvent the leasehold requirement that the leaseholder pays a percentage of the monthly rent to the County.  The County and 2-Genes took this issue to arbitration where the judge determined that the purported sale was actually prepaid rent.  2-Genes was then required to pay the County the percentage rent, plus interest, plus penalties.

The agreement Phase 2 hangar occupants have to occupy those hangars expires with the FBO lease on December 11, 2020. However, unlike Phase 1 hangar occupants, Phase 2 occupants do not have the option to remove the buildings from the property.  If they wish to continue using the hangars they will need to enter into an agreement with the new FBO leaseholder.

There was a lot of discussion about the hangars, and questions about potential rent.  FBO hangar occupants were very uneasy with the unknows surrounding the upcoming changes. One attendee explained how he believes everybody in the hangars will leave if the rent goes up anywhere near the rent for county-owned hangars at San Martin. Staff explained that historically the RHV hangar tenants, whos payments make up the lions share of the total airport income, have consistently subsidized the cost of operating the San Martin Airport.  Since the new FBO lease would not be a ground lease with investment requirements, but instead would include the newer facilities constructed under the current FBO lease, the value of the leasehold would likely go up significantly.  The additional income derived from a new FBO lease will assist in balancing the cost of operating San Martin Airport with the revenue derived from users of the airport. 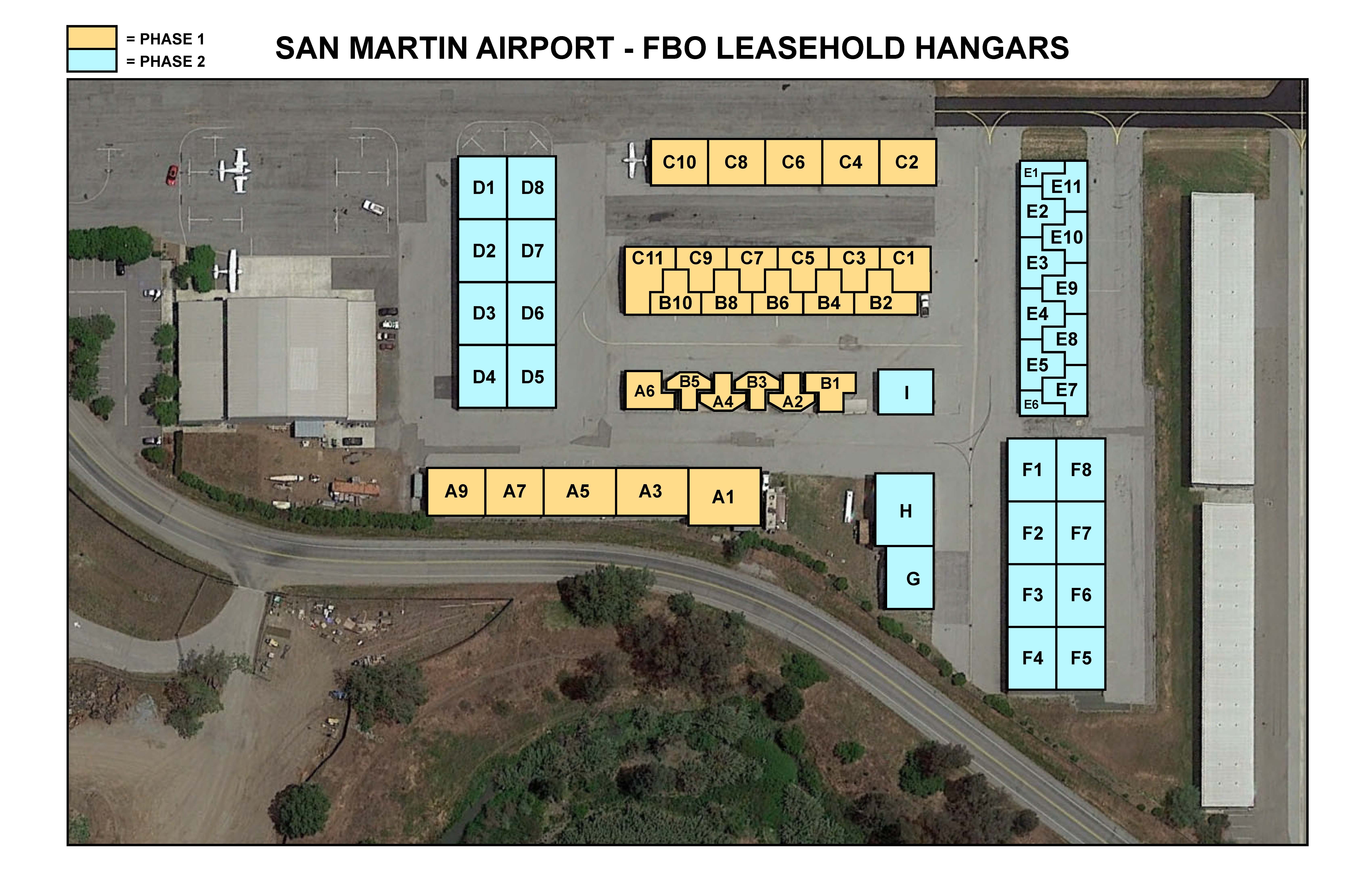